Rupsha first found out she had leprosy when she was eight years old. When her parents, Ranu and Ram, noticed two patches under her eyes they knew they had to act quickly.

Her father had been diagnosed with leprosy many years before and now they were worried that Rupsha had developed the disease too. They took her straight to TLM’s Premananda Hospital in Kolkata, India, knowing that, if it was leprosy, Rupsha could be at risk of developing life-long disabilities, just like her father. They knew that the faster they acted, the better chance of Rupsha being diagnosed early enough to prevent any serious complications.

Now 11 years old, Rupsha is completely cured of leprosy and she’s very happy that there are no longer any visible patches on her skin. Her parents are pleased about this too. But, sadly, her father continues to face daily struggles due to complex ulcers that just won’t heal. He has been admitted to Premananda Hospital at least six times for treatment of the ulcers. Now, he needs surgery on them and plenty of bed rest to allow them to heal.

In addition to his ulcers, leprosy has taken away his sight and left him without any feeling in his feet, which means that when he cuts or scrapes the skin, he doesn’t feel it and infections can develop. When he was diagnosed with leprosy at 25 years old, he did not have access to treatment to cure him. And, his disabilities are, sadly, the devastating result of leprosy not being treated or diagnosed in time.

It is so clear why Rupsha’s parents are relieved their only daughter is now free of the disease and of any lasting effects.

Rupsha is enjoying life. She is in class 5 in school and she loves to play, study, draw, dance and sing. She is excited about the future and hopes one day to be a doctor: “Because I want to serve poor people,” she says with a great big smile. “Now I am free from leprosy, that’s why I’m very happy.”

Your generosity has given children and young people like Rupsha a future free of leprosy-related disabilities, a future they can look forward to and a future where they can dream of all the possibilities life may bring without any fear of the damage leprosy may inflict on their bodies.

What a wonderful gift to give! 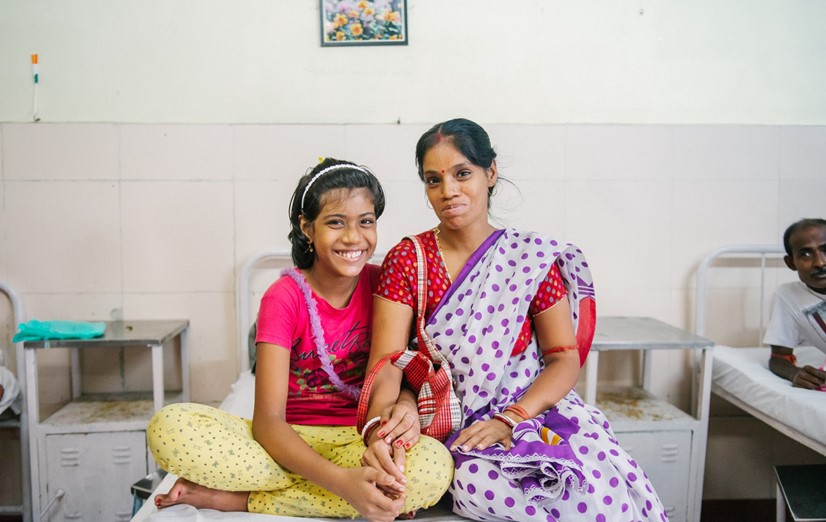