A safe place for Demi

Demi is 25 years old. Her mother died when giving birth to Demi and so she was sent to live with her aunt.

Her aunt took care of her but when Demi developed leprosy symptoms, her aunt was very fearful and demanded that Demi leave. Not only was she rejected by her aunt she was also rejected by her community as they forced her to move away from the place she’d called home for so many years.

Demi had heard about ALERT hospital, the only leprosy referral hospital in Ethiopia. And so managed to get some money together to travel to ALERT. When she arrived, the doctors explained that her leprosy was very advanced and that while they could cure the disease, the damage to her nerves was irreversible and she would need to have both legs amputated. She stayed in ALERT hospital for two years as she had nowhere else to go.

Finally, the staff found her a place in a hostel for disabled people nearby. Thinking that she would be able to find a sense of community with others who had physical disabilities, Demi was happy to move. But nothing prepared her for the stigma and discrimination she experienced there because she had leprosy. She was even assaulted by other residents. Realising that she needed a safe place, the staff moved her back to ALERT hospital. But she knew that she wouldn’t be able to stay there long-term.

Then, thankfully, a place was found for her at TLM’s ALVRA hostel – where Demi has been staying for the last two months. The hostel provides a safe, comfortable place for leprosy-affected people who need treatment at ALERT hospital but who have travelled long distances and have to wait for surgery or admission as an inpatient. It was the perfect solution for Demi and provided a refuge from all the trauma she had experienced. It also meant that the ALVRA leader, Tadesse, could help find a longer- term housing solution for Demi, who is unable to work due to her disabilities.

Tadesse is very happy to have heard recently that Demi has been given a place in a house for disabled people on the ALERT hospital campus. There, Demi will be safe and have access to medical care should she need it.

Demi’s future is looking much more secure and stable thanks to your kind gifts. Your donations mean that the ALVRA hostel can provide a home from home to leprosy-affected people in urgent need. Thank you! 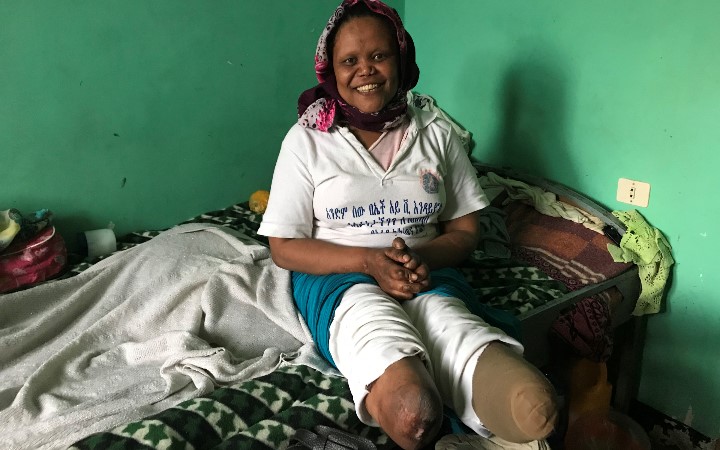