American author Philip Yancey’s books have sold more than 15 million copies in English and have been translated into 40 languages, making him one of the best-selling contemporary Christian authors of all time 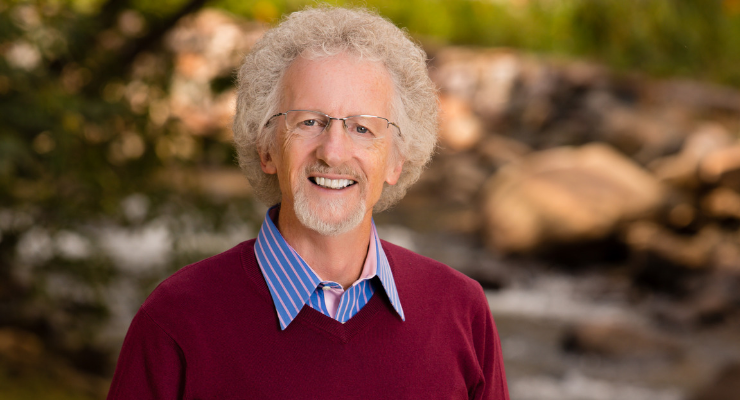 And now the author of What’s So Amazing About Grace? and Disappointment with God has combined, updated and revised two of his great works which remained in print for more than three decades. Fearfully and Wonderfully: The Marvel of Bearing God’s Image goes on sale in the UK on 6 August 2019 (published by Hodder & Stoughton) and combines the books Yancey wrote with Dr Paul Brand CBE, Fearfully and Wonderfully Made and In His Image.

Dr Brand trained as an orthopaedic surgeon in London during the Blitz but spent most of his medical career in India serving ‘the least of these’ – people with leprosy, one of the oldest and most feared diseases.

When he began his pioneering work Dr Brand was the only orthopaedic surgeon in the world working among 15 million victims of leprosy. He made the discovery that the terrible physical effects of the disease – missing toes and fingers, blindness, skin ulcers and facial deformities could be traced back to the single cause that leprosy silences nerve cells meaning a leprosy patient cannot feel pain.

Dr Brand pioneered the tendon transfer techniques still used today to allow the hands and feet of leprosy patients to function properly once again and to forestall blindness in leprosy-affected eyes.

The five-date Fearfully and Wonderfully: the Philip Yancey Tour with The Leprosy Mission kicks off on Monday 23 September in London and seeks to honour the legacy of Dr Brand and shine a light on leprosy in the 21st Century. Musician, presenter and humanitarian Dave Pope will help host the evening.

Yancey said that since he and Dr Brand wrote Fearfully and Wonderfully Made and In His Image, he had heard from many readers, including women thanking them for helping them appreciate the miracle of life and birth and medical students crediting the books for drawing them towards a career in medicine.

“Paul Brand was both a good and a great man, and I am forever grateful for the time we spent together,” said Yancey.

“My faith grew as I observed with a journalist’s critical eye a person enhanced in every way by his faith. No one has affected me more, and I know no one who better illustrates Jesus’ most-quoted statement in the Gospels, that ‘Whoever loses his life for my sake will find it’.

“From the perspective of a success-obsessed culture, an orthopaedic surgeon devoting his career to some of the poorest and most oppressed people on the planet is an example of ‘losing his life’.

“Yet Dr Brand lived as full and rich a life as anyone I know, one that combined professional achievement with enduring qualities of humility and a grand sense of adventure."

National Director of The Leprosy Mission England and Wales, Peter Waddup, said he was delighted to partner with Philip Yancey in his forthcoming UK tour.

“I have seen first-hand how the tendon transfer techniques pioneered by Dr Paul Brand continue to truly transform the lives of leprosy patients today, enabling them to work again, support their families and begin a fresh start in life,” he said.

“Dr Brand has an amazing legacy and it is fascinating to hear of his work, faith and friendship from Philip Yancey, a phenomenal Christian author who worked so closely with Dr Brand for many years.

“I will never forget reading how Dr Brand was examining a leprosy patient in India and put his hand on his shoulder, just to show some kindness.

“The patient broke down in tears and Dr Brand wondered if he had offended him through his communication in broken Tamil.

“But it emerged that the patient was crying because someone had touched him, nobody had touched him for so many years because of the stigma surrounding leprosy which, tragically, remains so prevalent today.”

Fearfully and Wonderfully: The Marvel of Bearing God's Image goes on sale in the UK on 6 August 2019 (published by Hodder & Stoughton). Purchase your copy from TLM Trading.