Transforming Purulia Hospital - thanks to you! 29th September, 2017

An update from our World Leprosy Sunday 2017 campaign 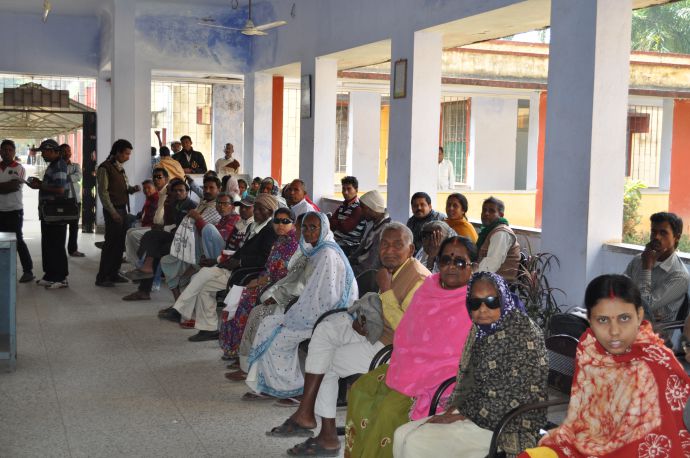 In January 2017, as part of our World Leprosy Sunday campaign, we told you about the overstretched outpatients’ department at our hospital in Purulia, India, and how we needed your help to construct a new building so that more leprosy patients could be treated and even more lives could be transformed. Today, we are delighted to share this project update with you!

Thanks to you, construction is set to begin on a brand-new Outpatients’ Department for Purulia hospital in October. You responded with overwhelming kindness and generosity when we told you (InTouch Magazine Spring Summer 2017) that the department was no longer fit for purpose with up to 300 patients a day queuing in overcrowded conditions to see two doctors. These are patients like Arup and Munia.

Purulia hospital has a fantastic reputation for its treatment of leprosy and for its other medical services. While this is a wonderful blessing, it also means that patients often travel hundreds of miles to its outpatients’ department, especially as care and treatment for leprosy patients, usually the poorest of the poor, is provided free of charge.

Sadly, there is not enough room for sick and disabled people to rest and there are only two toilets. There is little privacy when being examined by a doctor.

But thanks to you, construction of a brand-new department is schedule for October in time for a grand opening in 2018. The new department will have a large waiting room, six consultation rooms, two minor procedure rooms, a new pharmacy, a toilet block and two lab areas. In addition, two doctors’ houses on the hospital site will be refurbished to attract new doctors to Purulia.

Thank you so much for enabling hundreds of patients to be treated in comfort and with dignity each day.